People worldwide have been fascinated with ancient Egypt, ever since the start of the 1900s when archaeologists first discovered mummies and other artefacts. There’s just an ancient mystique which can captivate and tantalise us…Once we can start travelling around the world again, hands-up who would love to see the beautifully-constructed and preserved pyramids, wonderfully-colourful coffins and highly-preserved mummies? These artefacts are all worth seeing once in your lifetime and have been extensively studied by Egyptologists – a specialised group of archaeologists. 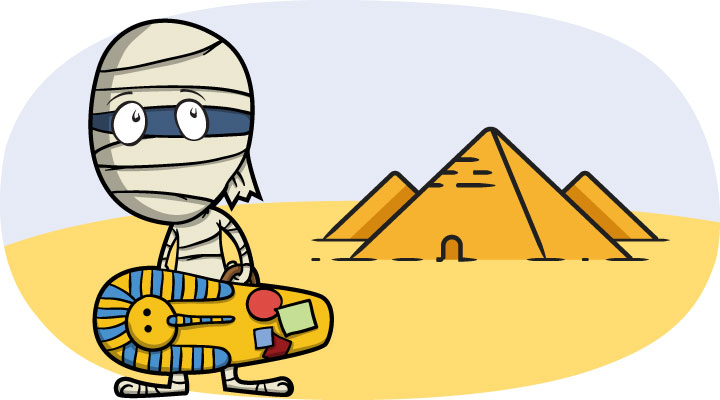 Mummification was a significant part of the ancient Egyptians’ burial ritual, and the really dry Egyptian climate has allowed for high-quality preservation of many mummy specimens. For over a century, Egyptologists’ research has surrounded all aspects of the mummies’ appearances. Many of these research projects have focused on the mummies’ teeth, jawbones and skulls. Let’s dig a bit deeper to find out more (and excuse the archaeological pun there!)

In 2009, researchers from the University of Zurich determined that 18% of all mummified dental remains showed a range of dental diseases, including abscesses, tooth loss and gum disease. When you include evidence of more obvious dental situations such as ground-down teeth, it’s estimated that 90% of ancient Egyptian mummies show some degree of dental disease or dental wear. This evidence shows that some of the Egyptian people lived with TMJ dysfunction (TMD).

Some mummies showed dental wear that was so intense their pulp (the tooth’s central core) was exposed. We can only imagine the pain that some ancient Egyptians lived with when faced with dental situations like that! 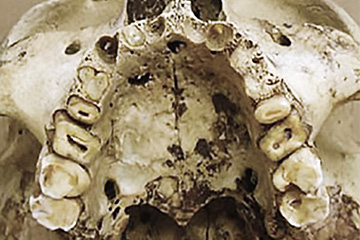 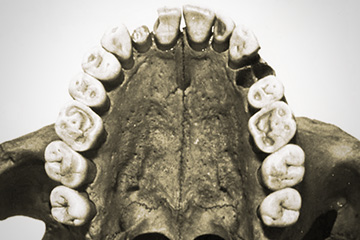 So, what did they do about it?

Throughout 2009, several editions of the British Dental Journal described the dental habits of the ancient Egyptians. Let’s learn a little more about it.

There’s strong evidence to show that ancient Egyptians went to the dentist! According to archaeological studies, the first recorded dental practice in the world was in Saqqara, close to modern-day Cairo, back in 2,660 BC. This dental practice belonged to Hesyre, who was Chief of Dentists and also Chief of Physicians. It’s very likely he worked personally for the pharaoh of the time, Djoser, and saw other patients from the palace.

Egyptologists have worked out that Hesyre and all subsequent ancient Egyptian dentists performed dental extractions. They also fixed abscesses using surgical approaches and undertook dental prosthetic work. There’s an artefact called the ‘Giza Bridge’. Dated from 2,500 BC, the ‘Giza Bridge’ two teeth held together with a fine gold wire. It’s pretty amazing to see evidence of such sophisticated dentistry from a culture that existed over 4,500 years ago!

We live in the now!

Luckily for us in 2021, we don’t live in ancient Egypt. We don’t have dentists like Hesyre and we don’t use dental treatments with fine gold wire. If you think you may experience TMD symptoms such as headaches, jaw pain, clicking jaws or sleep problems, please come and speak to us about next steps and what we can do to help you.